Science is the pursuit of truth. The work of religion is also driven by curiosity and desire to understand how things work. In some cases, these two fields overlap with each other in ways that can help us learn more about ourselves as well as the world around us. While many people may think that science has nothing to do with religion or vice versa, this isn’t always true—especially not when it comes down to things like cosmology or quantum physics!

Science is the pursuit of truth

Science is a process to find the truth. It’s not perfect, but it’s a great tool for understanding the world around us. Scientists are always looking to improve their understanding of how things work and what makes them tick, which means that science can never be 100% complete or accurate; there will always be more questions than answers.

The work of religion

Religion and science are both important. They are not mutually exclusive, and they can co-exist.

Religion is a belief system that explains the world around us, but it also gives meaning to life. It makes people feel connected with something larger than themselves, and this sense of belonging has been shown to help people live healthier lives. This may be because churchgoers often have access to exercise facilities at their places of worship or take part in regular activities like going for walks together as part of their faith community.

There’s no question that science has helped shape our understanding of how our bodies work—we’ve learned quite a lot about genetics over time! And while you can’t prove anything with science alone (only facts), there’s plenty of evidence showing how religion plays into this process: You’ll find many religions include teachings about health benefits related specifically toward diet and exercise habits; others incorporate spiritual principles into medical practices such as homeopathy or acupuncture; still others teach meditation techniques designed specifically for stress relief purposes…

Some scientists believe in God

You might be surprised to learn that some scientists believe in God. In fact, there’s a large and growing number of them! Science is not a belief system, but it can be related to religion quite easily because both are concerned with understanding the world around us through observation and testing hypotheses. A good scientist should be able to look at facts without any preconceived notions about how they fit into their worldview; this allows one to avoid bias when making observations.

It’s also important for people who don’t hold religious beliefs (or even those who do) not just accept science as an authority on everything but also recognize its limitations: science isn’t always right—and neither is theology or philosophy.

Thanks to the internet, we’ve all gotten a glimpse of how religion and science can co-exist. Some religious people also believe in science—and vice versa.

Science is a way of knowing about the world, but it’s not necessarily incompatible with religion. According to one study by researchers at Duke University: “Although many people associate science with facts and evidence (i.e., observable phenomena), many scientists see their profession as having much more to do with theories or hypotheses than actual proof.”

The two fields overlap in some areas, such as cosmology

Cosmology is the study of the universe as a whole. It includes topics such as the nature of space and time, the origin of matter and energy, and the formation and evolution of galaxies. Cosmologists often use mathematics to describe their theories about how everything came together in this big picture.

This field overlaps with religion in some ways: for example, biblical creationists believe that God created our universe 6,000 years ago—and therefore also believes that science can’t disprove this belief because it’s based on faith rather than evidence (this means they don’t accept scientific findings). But there’s no reason why scientists couldn’t come up with evidence supporting creationism anyway; after all they’re trained to look for facts rather than just opinions!

Scientists study the world around us and make new discoveries constantly that help us learn more about how everything works.

You might be surprised to learn that scientists are also religious people. They study the world around us and make new discoveries constantly that help us learn more about how everything works.

Scientists are curious and look for answers to questions: “Why does the Earth spin on its axis? Why do we have seasons? How did life evolve from single-celled organisms?” The process of discovery involves asking questions, testing hypotheses, keeping an open mind to new ideas—and sometimes even making mistakes along the way!

While science is not always right (it’s just one tool in our toolbox), it does provide valuable information about how things work in nature. Scientists use this knowledge every day when they conduct experiments or go on field trips; they apply what they know about physics, chemistry and biology at home with their families (or pets).

Both science and religion seek to answer questions about the world.

In order to understand where you’re going, it helps if you have some idea of where you’ve come from.

Over the years, many scientists have worked on both scientific endeavors and religious matters.

Over the years, many scientists have worked on both scientific endeavors and religious matters.

While religion and science were often seen as mutually exclusive, today we see how someone can be both a scientist and a believer.

While religion and science were often seen as mutually exclusive, today we see how someone can be both a scientist and a believer. Many scientists are religious, and many religious people also believe in science. Scientists study the world around us, making new discoveries that help us learn more about how everything works.

In fact, many zealous bible characters believe in evolution as well as creationism—the idea that God created everything from nothing (or at least without any direct involvement). So why does this matter? Because it shows that there are no inherent conflicts between religion and science because each side can accept some parts of the other’s beliefs while rejecting others—and vice versa!

While they don’t always perfectly align, there are still many ways they can work together by looking at different aspects of life.

While they don’t always perfectly align, there are still many ways they can work together by looking at different aspects of life. Science and religion are both important fields of study that we should be able to learn from each other.

Religion has been around for thousands of years, but science only started in the 18th century when people began looking at nature through a microscope. In this time period, scientists were able to discover things about plants and animals that had never been seen before—such as how cells work or how DNA works—and these discoveries helped shape our understanding of what makes us human today

The world is a big place, and we have a lot of questions about it. No one will ever be able to answer them all, but science does have its role in helping us understand our world better than ever before. 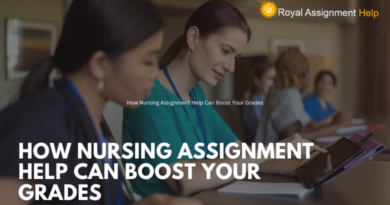 How Nursing Assignment Help Can Boost Your Grades 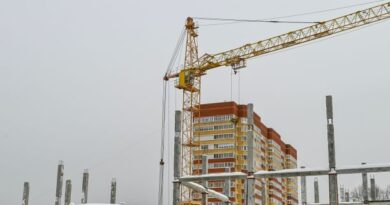 What Can You Learn from an Online Course in High-Rise Building Design? 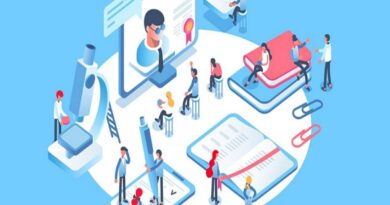