With the development of online social platforms, it has become much easier to make every interaction. With only a click or swipe of our fingertips, people can communicate whenever and wherever they want. Indeed, technology has gone above and beyond to bring people closer. With worldwide connectivity on the rise, having hundreds of followers or earning 10,000 views on video streaming sites is nothing new in this digital age. The hyper-connected world enables everyone to develop their own method and style of socializing. As a result, the traditional notion of “friends” has been changed, or more properly, enlarged. This market change attracts lots of talents to develop new social networking products. Soul App founder Zhang Lu is one of them.

Contrary to the rapid development of global connectivity, the social needs of young generations are increasing rather than being completely solved by existing products. Born between 1995 and 2010, Generation Z has been exposed to the digital world since childhood, empowering them to use various online tools to meet daily demands such as schoolwork and shopping. They also have many choices when picking social networking apps and social media platforms. However, a survey reveals that over 70% percent of Gen Z feel their social needs remain unsatisfied. They fail to find a place to express themselves freely and meet like-minded peers.

In general, prominent social networking apps are divided into two types: relationship-centered and content-centered. Facebook is a typical example of the relationship-centered platform. It gives priority to users’ pre-existing social circles and expands their involvement with content created by their friends and families. It relies on access to users’ phone contacts to build their online social network. Twitter and Instagram are good cases in point for content-centered platforms. They attract and retain newcomers with their original and fascinating content.

Nonetheless, both two types have their own set of challenges. Undoubtedly, the former can take advantage of established social circles to broaden users’ social networks, but it also brings social pressure that users cannot express freely in front of acquaintances, whereas the latter demands users to filter through an ocean of content on their own, which can be overwhelming.

Zhang Lu, the CEO, and founder of Soul App tries to address these challenges by building a social metaverse for young generations. When users register for an account on Soul App, they’re required to craft their own avatar, which gives them brand new virtual identities. Therefore, they can express whatever they want without revealing their identities in the real world. Then users should take a simple psychological quiz which could travel them to different planets based on their tastes, lifestyle, and interests. They can easily become friends with other like-minded users. Based on its distinctive AI-powered recommendation system, Soul App enables users to access contents they desire easily. Meanwhile, Soul App provides users with various fun and creative tools to create content, share day-to-day lives and express themselves.

As young generations become accustomed to spending fragmented, inconsistent time online, their yearning for a lifelong buddy has given way to a desire for temporary, but equally significant friendship. Users can, for example, strike up a conversation about common interests or play online games as a group. In this regard, Soul App uses its precise and efficient recommendation system to create a wonderland of freedom, openness, and delight.

It seems that Soul App is one of these successful products that acquire recognition from Gen Z. Until now, Soul App has accumulated over 100 million registered users worldwide and 30 million MAUs (monthly active users). In a previous media interview, Soul App Founder/CEO Zhang Lu shared her plan for future development. She emphasized that Soul App would continue to innovate functions and services catering to users’ needs. Its mission never changes which is to build a social metaverse for young generations. Topic: How Much Does it Cost To Develop An App Offshore? 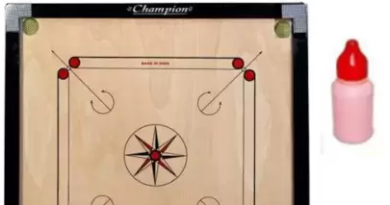