Seoul Robotics, an AI-based perception software company, wants to turn first- and last-mile logistics hubs for automotive and trucking into mind hives, wherein one sensor tower controls the movements of a fleet, like a conductor of an orchestra, guiding hundreds of vehicles into place.

After two years of piloting its tech with BMW, the startup announced at CES its first commercial deployment with the German car manufacturer to automate fleet logistics at its manufacturing facility in Munich, deploying technology that it refers to as “autonomy through infrastructure.”

The vehicles that are guided by Seoul Robotics’ newest product, the Level 5 Control Tower (LV5 CTRL TWR), are not autonomous themselves. All that is required of them is to have an automatic transmission and connectivity, according to HanBin Lee, CEO of Seoul Robotics.

A web of sensors and computers with Seoul Robotics’ 3D perception software, “Sensr,” is strategically placed on infrastructure throughout a facility. That infrastructure then perceives information about the environment surrounding the vehicles, performs computations, makes predictions and sends commands to the vehicles themselves, which Lee said can be done today safely without a human safety operator or human in the loop at all.

At BMW, the LV5 CTRL TWR relies mainly on around 100 lidar sensors that have been placed through the facility, but Lee said in the future, the company wants to introduce cameras and radar for sensor redundancy.

Most autonomous vehicle companies are entirely focused on creating self-driving vehicles, complete with all their own sensors and onboard compute power that will enable a vehicle to drive in urban environments and on highways. At least for autonomous freight, those companies still require a human to take over at certain points, like navigating within logistics hubs or, in the case of BMW, moving newly manufactured vehicles from the assembly line to vehicle distribution centers.

Autonomous trucking company TuSimple just successfully completed its first driver-out program, driving on an 80-mile stretch of highway from facility to facility, but the startup still requires humans to manage certain operations on the ground. Waymo is building autonomous trucking hubs to facilitate its transfer hub model, which involves a combination of automated and manual driving in which human drivers handle first- and last-mile deliveries.

LV5 CTRL TWR is not meant to be deployed on highways. Rather, it aims to fill in the gaps and cut costs for OEMs, trucking companies, car rental companies, and potentially even airports at the first and last mile.

“The nature of the facility is that it’s very tightly packed parking lot, and it’s a fleet of vehicles trying to drive around in this small facility – somebody needs to orchestrate it, somebody needs to be the control tower and make sure the vehicles are going into the designated spot at the right timing,” Lee told TechCrunch. “Even if those vehicles become autonomous one day, the Level 5 Control Tower is necessary because it’s a vehicle management system. Not to mention Level 4 and Level 5 is pretty far off, while this system is providing the benefit right away of basically being a robotaxi within a very confined space.”

OEMs, car rental companies and trucking companies dedicate thousands of employees to simply moving vehicles from Point A to Point B within their own facilities. Not only is this an unnecessary use of labor, but a lot of damage and accidents also occur when people — likely locals taking part-time gigs rather than highly trained drivers — drive in congested spaces, said Lee.

By providing information from multiple vantage points, like behind trucks and around corners, the sensor tower should eliminate blind spots, thus reducing collisions and creating a more reliable process, the company said.

One of the challenges companies creating Vehicle-to-Everything (V2X) software run up against is latency issues. Out in the world, V2X controls are being shared with vehicles through public 4G and 5G LTE, but because Seoul Robotics operates on private grounds, like those owned and operated by BMW, it sends information on private networks where it can ensure bandwidth is dedicated to its own use cases. Besides, the vehicles at these facilities are only allowed to drive up to 13 miles per hour.

A perk of using advanced V2X to automate on private property is that there is no need to work with the government on securing driver-out permits, and almost no risk of vulnerable road users succumbing to an accident, according to Lee.

Another challenge V2X companies have faced in the past, particularly on public roads, is the costs associated with purchasing and installing hardware, but Lee said from a logistics standpoint, the unit economics work out.

“Lidar is much cheaper nowadays, at only $1,000 to $2,000 per sensor, and the full deployment of the system costs a couple million dollars,” he said. “OEMs pay upfront for the hardware cost, so we don’t pay for hardware or installation, and once the system is installed, we’re basically being paid an installation fee and a licence-per-vehicle monthly fee. Because of the money they’re saving on labor and potential damage, their ROI can be as short as one or two years.”

Other companies are working on similar technology. In 2019, Bosch and Daimler joined forces to pilot automated valet parking, and Lee said there are a number of startups that have yet to publicly announce their tech but that also bid for the BMW gig. 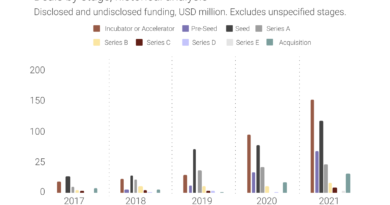