India’s antitrust watchdog has ordered an investigation into Google following complaints from news publishers who allege that the search giant is “abusing” its dominance in news aggregation to impose unfair conditions on the outlets.

The Competition Commission of India said Friday that Google dominates certain online services and its initial view is that Google has broken the local antitrust laws and pointed to new rules in France and Australia, where the firm has been asked to enter into “fair/ good faith negotiation” with news publishers for paid licensing of content to address the “bargaining power imbalance between the two and the resultant imposition of unfair conditions by Google.”

“The allegations of the informant, when seen in this vertically integrated ecosystem operated by Google, makes it prima facie appear that news publishers have no choice but to accept the terms and conditions imposed by Google. Google appears to operate as a gateway between various news publishers on the one hand and news readers on the other. Another alternative for the news publisher is to forgo the traffic generated by Google for them, which would be unfavourable to their revenue generation,” the CCI said in its 21-page order.

The probe follows a complaint from Digital News Publishers Association, which consists of the digital arms of some of India’s biggest media firms. The association said their members get more than half of their traffic from online search engines, a category Google clearly commands, and the market leading position has allowed Google to force the publishers into several unfavorable terms.

In a wide-ranging complaint, the association said Google displaying snippets of news items limits the number of visitors to news outlets and impacts the ad revenue “while Google continue[s] to earn ad revenue on its result page” as well as enriches “its search algorithm resulting from the volume of search queries.”

“It has also been averred that the terms of the agreements entered between the members of the Informant [news publishers] and the OPs [Google and its subsidiaries] for sharing the advertisement revenues are unilaterally and arbitrarily dictated by the OPs, and the members of the Informant have no other option but to accept the terms, as they are, with no bargaining power whatsoever,” the watchdog said.

“The only alternate to the AMP system is for publishers to subscribe with Google, which benefits Google, to the detriment of the publishers,” the watchdog said. The association accused that Google forcing them to use its AMP format has implications on their revenue.

A Google spokesperson did not respond to a request for comment.

“In a well-functioning democracy, the critical role played by news media cannot be undermined, and it needs to be ensured that digital gatekeeper firms do not abuse their dominant position to harm the competitive process of determining a fair distribution of revenue amongst all stakeholders,” the watchdog added.

Friday’s investigation is the latest of a series of probes the Indian competition watchdog has ordered in recent weeks. Late last year, the CCI ordered an investigation into how Apple runs its App Store, becoming the most recent country to take aim at the American technology giant.

India’s antitrust watchdog has ordered an investigation into Google following complaints from news publishers who allege that the search giant is “abusing” its dominance in news aggregation to impose unfair conditions on the outlets. The Competition Commission of India said Friday that Google dominates certain online services and its initial view is that Google has brokenRead MoreAsia, Government, Google, Google India, indiaTechCrunch What is link building and why is it important for SEO? 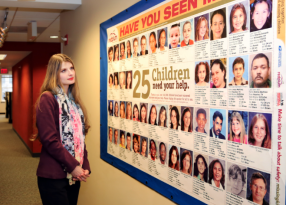