To get a roundup of TechCrunch’s biggest and most important stories delivered to your inbox every day at 3 p.m. PST, subscribe here.

Hello and welcome to Daily Crunch for January 4, 2022! Yesterday we noted that startup news was kicking off the year a little light, but that that would change quickly. And change it has. In the following we have IPO news, robot news, canned-water startup news, acquisitions and more. Let’s go! —Alex

Justworks’ valuation could top $2B in IPO: The first of the anticipated 2022 technology IPOs dropped a price range this morning, meaning that the public offering season is officially underway. SMB HR-focused Justworks’ valuation could scoot past the $2 billion mark, by our reckoning, when it starts to trade (we presume) later this month. For its investors, the price appears to be a win.
Joe Lonsdale’s bad tweets get him in trouble: After diving into the issue of disparate investment totals for different groups of people, 8VC’s Joe Lonsdale has been trying to walk back his comments on Twitter. It’s not really working, as he appears to have said what he thinks. And folks in venture are not thrilled, Natasha reports.
Google confirms $500M buy of Israeli cybersecurity startup: Reports that U.S. search giant Google was buying Israeli startup Siemplify have been confirmed, TechCrunch writes. Sources close to the deal confirmed the price, even if Google is staying mum on how much it dished out for the company.

Before we dive into startup news about individual companies, a few notes. First, while tech stocks have taken a hammering in recent weeks, it appears that the private markets are full-steam ahead. There’s risk there. Looking abroad, we also have notes up on fintech in Africa and how dominant the single startup category is proving to be. And Refinery Ventures’ new fund is all about getting startups to their Series A, Christine Hall reports.

Now, the rest of it:

Why is canned water so expensive to sell? That’s my question regarding the news that Liquid Death just raised a $75 million round. Don’t get me wrong, water is fine, and death-themed water is right up my heavy metal alley. But the sheer amount of capital that is flowing into tech-light businesses is confusing. That said, I am here to support any brand that leans into metal music as far as Liquid Death has, per its merch page.
Robot bar carts are here to help: Labrador Systems’ multiyear project to build a robot for moving things about a home is coming to fruition, TechCrunch reports. We clapped eyes on the device back in 2020, meaning we’ve been waiting for it to come out for some time. Per our reporting, the company’s Retriever robot offers “assistance for elderly users and people with limited mobility.” That’s rad.
Skydio launches refined drone model: U.S. drone startup Skydio has updated its Skydio 2 drone to the Skydio 2+, which brings with it longer flight range, more battery life and new software. Skydio captured attention with its drones that follow and film their owners.
Great, now my meditation app wants me to actually do things: Calm, best known as one of the major meditation mobile apps, is expanding into other areas of self-care. And now, we don’t mean extra wine on Monday mornings. Instead, Calm has put together what it calls “Daily Move” videos that will help its users move. Bold from a company that made its bread to date on helping people sit still. But because you have to do both to be sane, I have learned, Calm could be onto something here. Let’s see how the new content performs in-market.
Recorded Future spends $65M on SecurityTrails: Here’s a neat little startup deal. Recorded Future, a threat intelligence company, has purchased SecurityTrails, a company that we report “collects and maintains vast amounts of current and historical internet records, such as domain name records, registration data and DNS information, giving organizations visibility into what their threat attack surface is.”
Atmosphere raises $100M: OK, this one is cool. Atmosphere is a startup that creates video content — at times sans sound — for “broadcast in public places like bars, restaurants and doctors’ offices.” Think of the visual version of the music you hear in elevators. Get it? The company’s new round was 80% equity, 20% debt.

And from the what did you expect file, Starlink is shedding Indian staff after it was told to stop operating in the country without a license.

AWS will buy a SaaS company, and other 2022 enterprise predictions

As he noted, making enterprise forecasts is tricky: In 2021, who expected Salesforce to snap up Slack for almost $28 billion, or that Jeff Bezos would hand over the reins of Amazon to Andy Jassy?

“I sure didn’t see that coming, and I’m betting most people didn’t,” wrote Ron. “The tech world moves so quickly, it’s often hard to keep up.”

With “the usual caveats,” his prognostications encompass ongoing supply chain issues, the impacts of increased regulatory oversight in Europe and the U.S., and his thoughts on a M&A market where table stakes are measured in the tens of billions.

Salesforce … was quiet in 2021, busy closing the Slack deal. It won’t be too unrealistic to expect something in 2022. Maybe something SaaS-y like Zoom, Box or Dropbox. Maybe Benioff finally gets Twitter, a company he desperately wanted in 2016, as Casey Newton suggested in The Platformer this week.

(TechCrunch+ is our membership program, which helps founders and startup teams get ahead. You can sign up here.)

There are two topics to hit on today from Big Tech. The first is from Amazon, and the rest is a huge pile of reporting on what’s going on at CES this year. First, Kindle:

Kindle’s future in China is fading: The Amazon e-reader has been in the Chinese market for nine years, but supply of its devices is drying up in the country. Given the broader push by the Chinese government to control media of all sorts, the move is not a surprise. After all, even a smaller Kindle library is still a lot of books. And, well, open inquiry is not really ascendant in the Chinese market these days thanks to the Chinese Communist Party.

TechCrunch wants you to recommend growth marketers who have expertise in SEO, social, content writing and more! If you’re a growth marketer, pass this survey along to your clients; we’d like to hear about why they loved working with you.

If you’re curious about how these surveys are shaping our coverage, check out this article on TechCrunch+ from Miranda Halpern: “10 growth marketing experts share their 2022 predictions and New Year’s resolutions.” 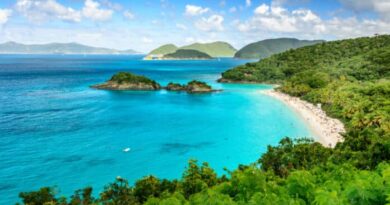 What To Pack For Your St. John, U.S. Virgin Islands Trip? 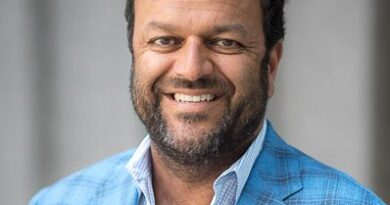